He says that the countermeasures of politics will not be enough and that, above all, one must make more use of the possibilities of digitalisation 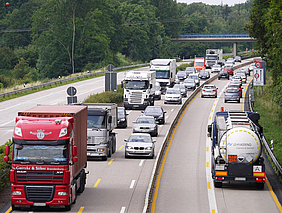 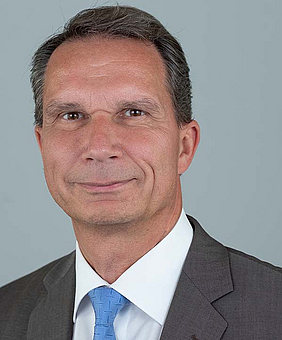 There is a shortage of tens of thousands of truck drivers in Germany; according to industry figures, there is talk of 60,000 to 80,000. A problem that has been known for many years, but is becoming increasingly acute. Dr. Stefan Rock, professor at Technische Hochschule Ingolstadt (THI), researches trade logistics issues. He says: "A rethink of all those involved in transport chains is indispensable. This also includes throwing cherished habits overboard and breaking new ground."

In a study, Rock and his team of students investigated the question of how to make the deployment of existing drivers more effective and how to simplify their everyday working lives, or what they themselves say about keeping employees in the job and recruiting new ones. Because one thing is clear: the driver shortage, caused by a multitude of factors, cannot be eliminated overnight, not even and especially not by acquiring drivers from the ever more eastern or south-eastern Europe. "This measure attempts to alleviate the symptoms in the short term without solving the problem in the long term," says Prof. Dr. Stefan Rock.

Problem must be solved sustainably

In the first instance, one could increase the utilisation of the available cargo space. At present, this is 78 per cent across Europe. According to the Federal Statistical Office, an average of 38 per cent of vehicles are empty, and in some sectors the figure is even over 50 per cent. This could be improved in the short term through the increased use of transport exchanges, especially for spontaneous transports, or through more intensive use of already established freight transport concepts for planned transports, as well as through an improvement in information transparency, driven by advancing digitalisation, says Prof. Dr. Rock.

But that is not enough. The THI study found that a large part of dissatisfaction with the job results from unnecessary waiting times. One example: most of the time, delivery times are not very flexible. In addition, drivers have to load and unload their cargo themselves for liability reasons. What happens if arrival times change, a lorry arrives too early or too late? "Today, both are associated with waiting times, some of which cannot be ignored, times that the carrier can hardly use for anything else," explains the professor of international trade management, especially trade logistics. What activities does the carrier take on after docking? A study has shown that if the carrier is relieved of this, a time gain of up to 30 percent can result. Time in which the driver is available for his actual work.

Measures only target the symptoms

Politicians tried to react before Corona, but their package of measures did not find much acceptance among the addressees, the drivers, says Rock. Often, measures targeted the symptoms, not the causes of the development.

Solving the challenges associated with the driver shortage is an economic and societal task in which both politicians, employers, recipients of goods and the general public must be involved, with the integration of those affected. This has been clearly demonstrated by the THI study.  Organisational measures, the avoidance of ineffective activities in the transport chain and the more efficient and consistent application of existing freight transport logistics concepts must be supplemented by starting points offered by digitalisation. Individual activities, including company-specific activities such as the creation of parking areas with a corresponding infrastructure, which also includes appealing shower facilities and toilets, or opportunities to enliven the social life of drivers, whether by creating barbecue facilities or similar, will not have the hoped-for effect. "A holistic, systemically oriented approach, supported by the questioning of all previous processes, is indispensable," says Prof. Dr. Stefan Rock. "The goal must be to improve the attractiveness of the driving profession in combination with a more efficient use of the carrier's labour capacity. A sustainably successful national economy needs newly acquired and motivated motoring talent - also and especially from its own population."