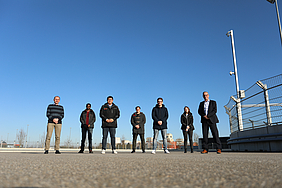 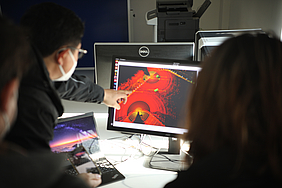 The KIVI project (Artificial Intelligence in Ingolstadt's Traffic System) has successfully completed the trial phase on the CARISSMA outdoor site. The aim of KIVI is to improve traffic control and safety in urban traffic.

In the past months, scientists from the Ingolstadt University of Technology, under the leadership of Prof. Dr.-Ing. Werner Huber (C-IAD) and Prof. Dr.-Ing. Michael Botsch (AININ), have tested the sensors of the Munich-based company LiangDao on the test site. In the next step, three intersections in Ingolstadt's city centre will be equipped with the sensors. These three intersections form the high-defintition test site for future innovations in mobility.

A special feature of the system being tested is that a fused point cloud is generated from a total of four sensors on two masts, which makes it possible to reliably detect traffic situations in three-dimensional space.