The Laboratory for Production Mechatronics is a central facility for exercises, practical trainings, projects and final theses of the production-related courses of study at the Technische Hochschule Ingolstadt. Furthermore, it can be used for experimental investigations within the scope of research projects. The laboratory focuses on robotics, automation technology and industrial image processing.

The laboratory has a surface area of approximately 200 m²; one third of this is separated from the rest of the laboratory by a transparent partition. In this third, two industrial robots with high payloads and overlapping working areas are installed; one of the two robots is intended for welding and joining applications (e.g. gluing), the other robot as a handling robot for the correct positioning and orientation of the parts to be joined. 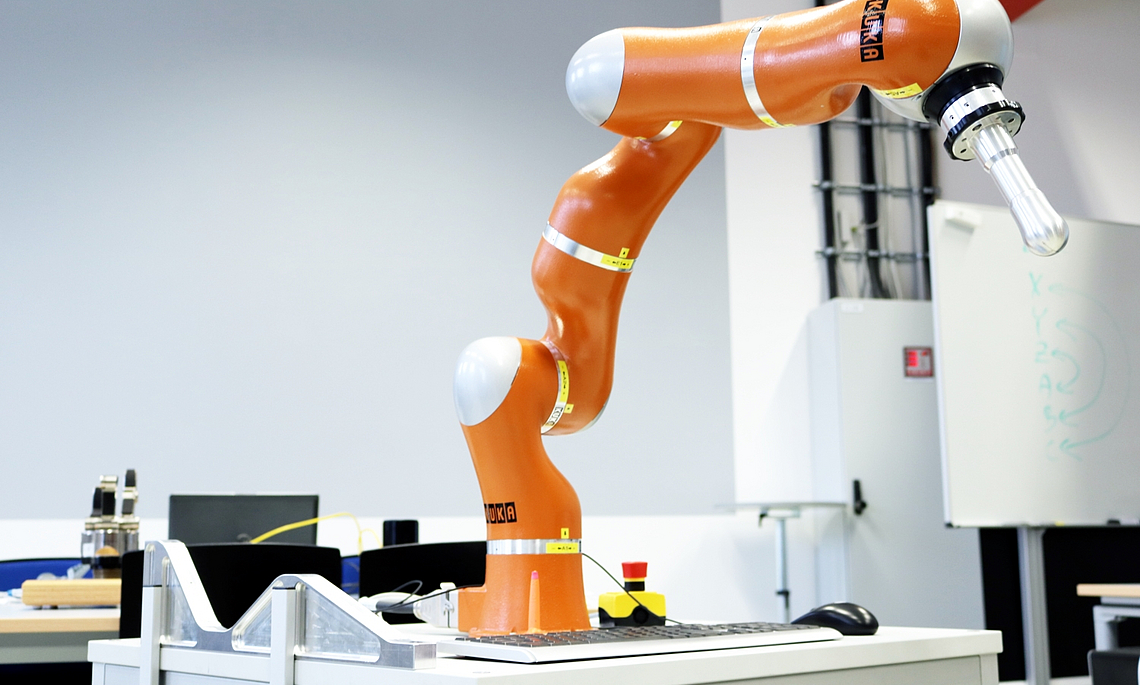 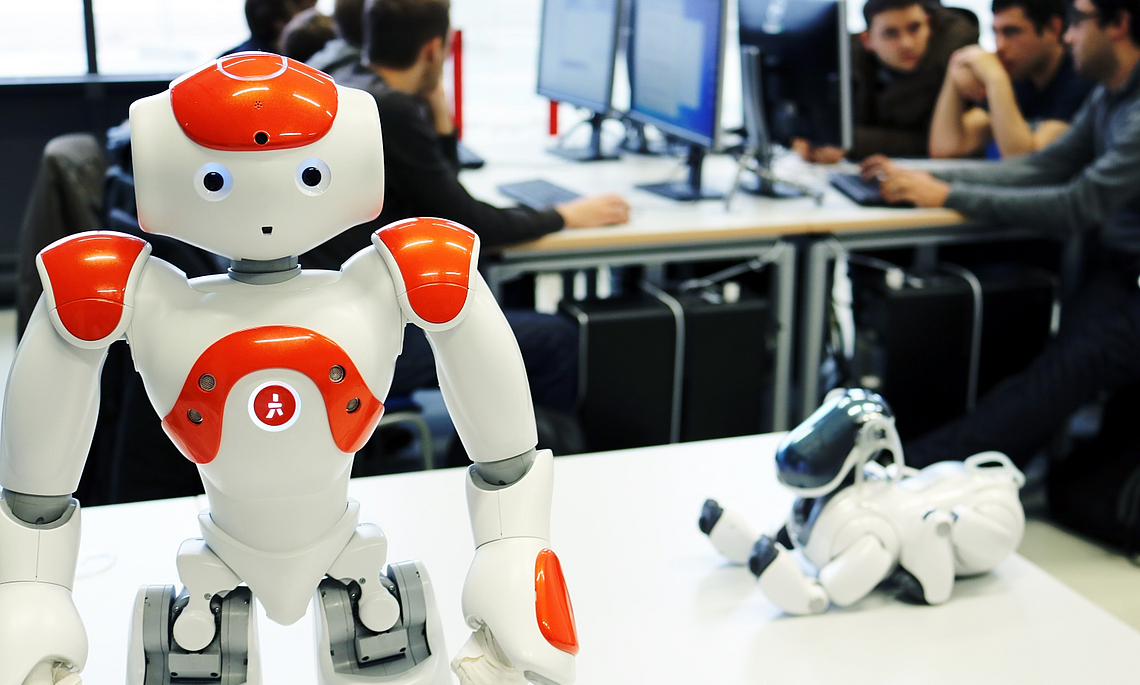 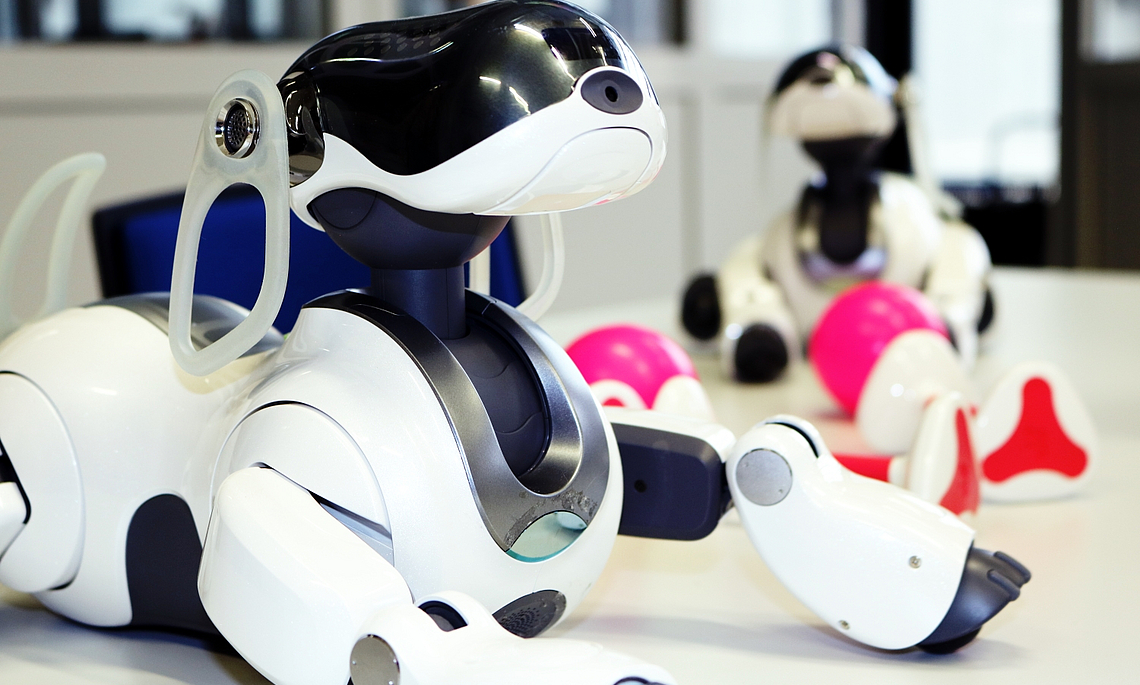 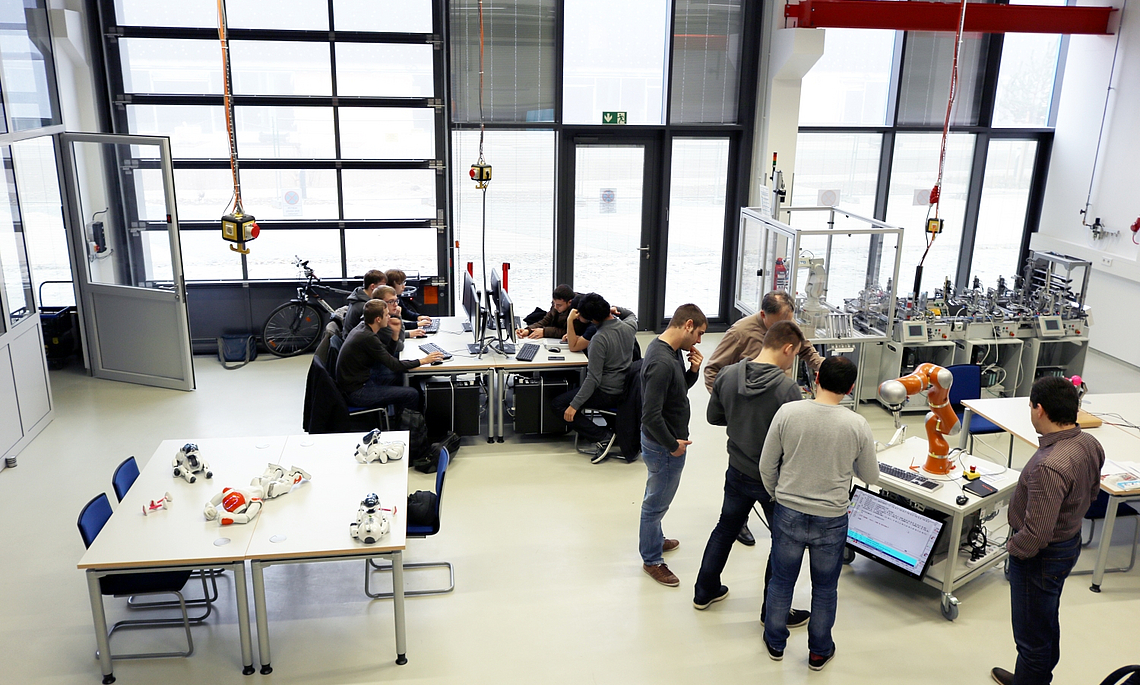 View into the laboratory 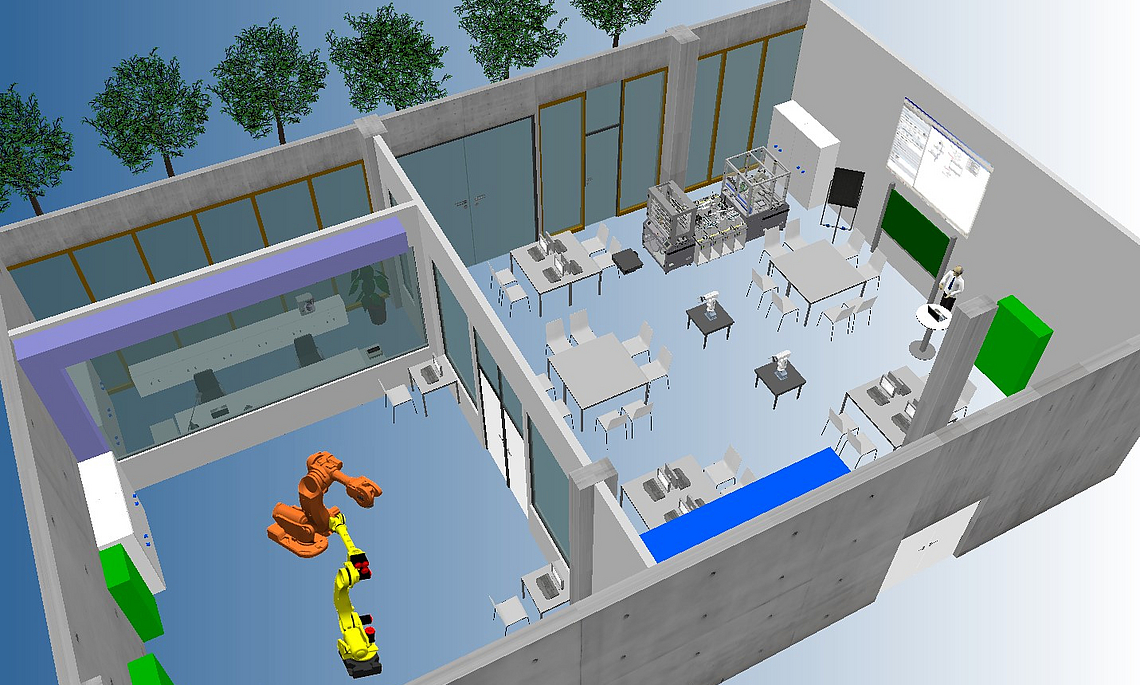 Planning for the reconstruction of the laboratory 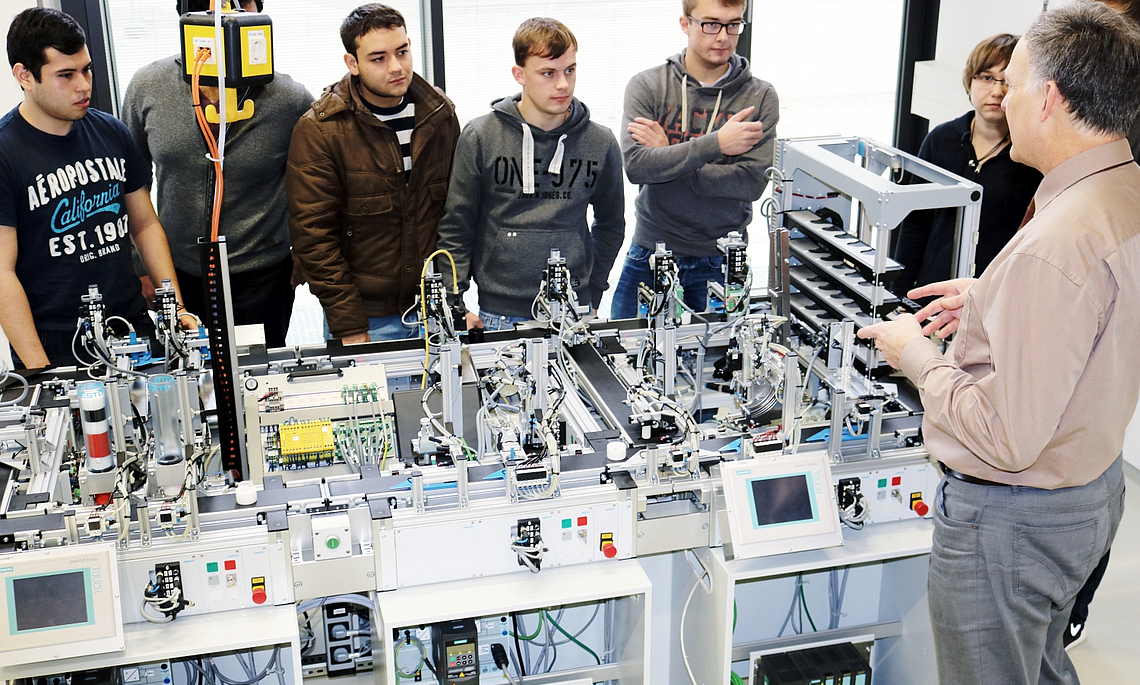 Robotics:
The Production Mechatronics laboratory has various types of robots:

With these robots we realize on the one hand classical joining and assembly tasks from industrial production, but on the other hand also novel applications, where the cooperation of several robots as well as the cooperation with humans are in the focus. For the latter applications, sensor technology is of great importance; only a large number of sensors (cameras, force sensors, tactile sensors) enable robots to act and react "intelligently" in changing situations.
Besides the robots themselves, the grippers or robot hands are also important. The laboratory is equipped with a three-finger gripper hand from Schunk, whose fingers are equipped with tactile sensors and can therefore sense objects and their shape.

Mechatronic Learning Factory:
For teaching and research in control and automation technology, the laboratory is equipped with a mechatronic learning factory from Festo didactic. This learning factory simulates production tasks by guiding workpieces with RFID tags on conveyor belts to processing stations where real or simulated value creation takes place (e.g. measuring, assembling, drilling, turning, storing, sorting, etc.); a six-axis robot is part of the learning factory. The learning factory has 5 SPS-7s, which control the stations via ProfiBus and ProfiNet. The topology of the learning factory can be changed at any time, so that different configurations of a production line can be simulated. All control tasks including the robot programs can be simulated and visualized with the CIROS software, so that a step-by-step "virtual commissioning" of a new production task is possible.